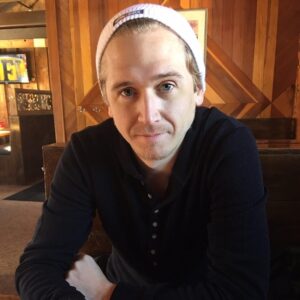 My son, David Bequette, died of an opioid overdose on 2/18/16; he was 30 years old. He struggled with opiate addiction after having a hernia operation when he was 26 yrs old which left him with severe chronic neuropathic pain. The mesh that was inserted soon grew into his tissues and became impossible to remove. He was given an endless supply of opiates and when he questioned the pain clinic about being addicted to them they told him that it was impossible to become addicted if taken as prescribed. With the help of MAT he was sober for two years and then relapsed. He went into treatment for 30 days and two weeks later, with plans to reenter treatment,  he overdosed.

David was not an addict-he was not his disease. He was a smart and charismatic young man who graduated from St. Thomas in business and who was a standout on the Ultimate field. Since he was young he was a champion for those who were bullied and for those who were less fortunate than him. Most of all, he was a wonderful brother and son and he loved his 3 brothers and parents more than anything. David's light continues to shine as long as there are people who are concerned about others and not afraid of taking risks to protect them.

Back to the Dedication Page